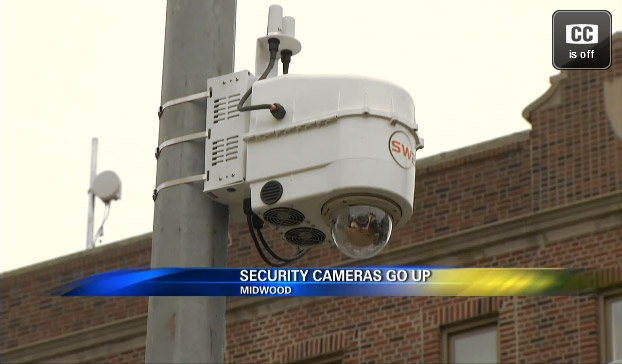 “As I pointed out when we first secured the funding for this initiative, our community is often a potential target for attacks,” said Assemblyman Hikind. “The new security-surveillance system that we are now putting in place will not only decrease the chances of outside attacks, but it will also enormously enhance law enforcement’s ability to solve and prevent local crimes. If any person were to go missing, G-d forbid, we will have exponentially increased the ability to locate and recover that person. If there’s an assault on someone in our community, we will have increased our chances of catching the criminal.”

Working with the NYPD and community leaders, Assemblyman Hikind’s office identified key locations throughout the Borough Park and Midwood areas that would offer the broadest surveillance coverage. These include commercial districts, schools and institutions, as well as residential areas. The area is bounded by 60th Street to McDonald Avenue, 9th Avenue to 20th Avenue in Borough Park, McDonald Avenue to Ocean Avenue, and Foster Avenue to Avenue R in Midwood.

A total of 80 units containing 4 (four) cameras each, for a total of 320 cameras, will work together to create a security blanket – a virtual eye that can see what has occurred on the streets of the community in the event of a crime.

“This is a historical moment for our community,” said Assemblyman Hikind who thanked Senator Dean Skelos, majority leader of the New York State Senate, for helping secure the funds for the security initiative. “The achievement of this initiative demonstrates the importance of partnering with our government,” said Hikind.

Assemblyman Hikind also thanked Agudath Israel, and in particular both Rabbi Chaim Dovid Zweibel and Dovid Tannenbaum, for partnering with his office, as well as JP Morgan-Chase for their role in advancing funding for the initiative; SecureWatch24 for their technical guidance and expertise in creating a system and topography that would best serve the community; Joseph Palmieri, Brooklyn Borough Commissioner of the NYC Department of Transportation; and the NYPD, in particular Commander Mike Deddo of the 66th Precinct and Commander Eric Rodriguez of the 70th Precinct.

US made products made for extreme long term camera sensor/lens protection
January 25, 2014

A Safer Pathway to Camera and Sensor Maintenance – DomeWizard
January 25, 2014

STXL enclosures are available in aluminum or stainless steel
January 25, 2014