Public and private systems: when will video surveillance systems be integrated? 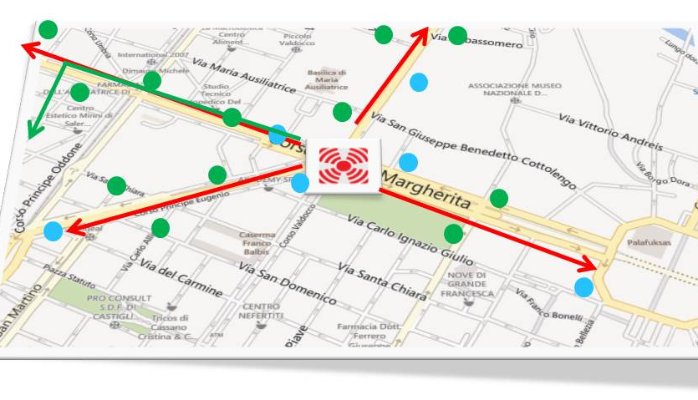 Yet how do these different systems talk to each other, for example, when a crime is committed or there is a road accident and those responsible have fled without being stopped?

The police then have to arrive on the scene to reconstruct the sequence of events and start investigations by identifying the possible escape routes. The next step consists of mapping all nearby cameras, whether public or private, to obtain recordings potentially useful in the investigation. Given the lack of prior information on the number and exact location of the cameras in any area, this is quite a difficult task. In fact, it is necessary to perform a “door-to-door” survey, something that takes a great deal of time. Only after this can the recordings be collected and exported, bearing in mind that different players may be required to open the video files if the various systems need proprietary codecs instead of standard ones for viewing, and that the risk of information loss is a real possibility.

The reconstruction of the event timeline is another factor, of no lesser importance, in order for the recorded files to be of use and to directly access frames of possible interest. In general, the time of the call to police headquarters is taken as reference, but since there is no time synchronization between the various recorders, it is necessary to carry out a general realignment. In fact, without a precise time, the amount of video footage to be acquired increases, as does the time for exportation and analysis. Once the timeline is reconstructed, the quality of the shots comes into play, which will be determining in the interpretation of scene details and identification of those responsible.

Today, technology offers various possibilities for cooperation between public and private systems, possibilities that are still untapped but which will be in the near future to ensure a safer and more protected city. Although some scenarios can already be envisaged, the how and when depends on cultural factors more than anything else.

A cloud solution in which the city council also allows access by the private sector can bring economic advantages in terms of the system and deliverable services. Savings derive from the fact that private parties only need to install the cameras, while everything else is handled by the local authorities through municipal companies. Among the advantages of the system is that anyone who is part of the network can access as needed the images of the others, particularly those in near physical proximity, to reconstruct crime events. In terms of service, direct integration with police headquarters enables more effective operations.

As an alternative to assigning the recording task to a third party, it could instead be handled by each member of the network.

Yet another scenario is that in which the single citizen has an active role in community safety through the utilization of technological devices already present on the market. In addition to sending photos and video and reporting incidents using a smartphone or tablet, the development of specific apps could allow the cameras in a given zone to become focused on a citizen who finds himself/herself in a situation of danger.

In this way, the video surveillance systems would not just be a police aid, but also increasingly be at the direct service of the citizen. This also brings a significant advantage for the control room, where operators would not need to keep an eye on the monitors of hundreds of cameras, but could immediately direct their attention to those in an alarm state triggered by requests for help.

All of these scenarios have a common denominator – that of overcoming problems caused by public and private video surveillance systems that are not integrated with each other. Camera mapping, together with the synchronization and standard encoding of recordings, become predefined, enabling true communication between all the devices and an efficient police investigation.

Which countries will be safer tomorrow? Those that invest more today in cloud technologies and services are probably more likely to integrate their systems, because the cloud is an indicator, albeit certainly not the only one, of a culture of sharing.

US made products made for extreme long term camera sensor/lens protection
May 21, 2015

DomeWizard Support, Use Instructions, and Storage
May 21, 2015

A Safer Pathway to Camera and Sensor Maintenance – DomeWizard
May 21, 2015

STXL enclosures are available in aluminum or stainless steel
May 21, 2015 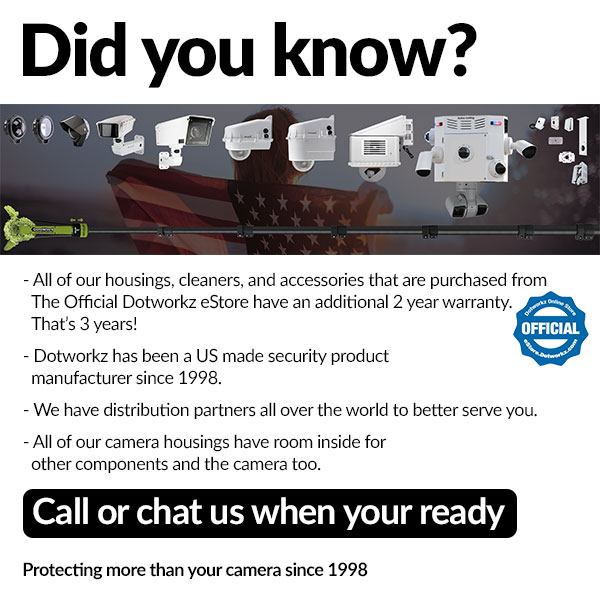